Women are bad for business.

Yes, I said it. I'm also only repeating what I was told just two days ago via text message by a local Sacramento-area booking agent. The sentiment was sandwiched between some it's-not-me-its-you bullshit typical of the letdown one hears when someone is ending a relationship, business or otherwise. However, this guy's other blah, blah, blah isn't what made me cringe - it was the slam against women that made me wince.

Admittedly, I've picked one of the hardest music genres for female musicians, period. Country music is a "women are the tomatoes" industry and at the recent CMA awards it was glaringly apparent, from the lack of female representation in Entertainer Of The Year category to only one female nominee in Album Of The Year... and where the eff was the estrogen in the Song and Single Of The Year categories?

It's beyond sad; it's perplexing, especially in an industry where women have held their own time and time again. Let's look at some stats:

• According to the Recording Industry Association of America, female artists hold seven the top 15 spots for Best Selling Country Albums (ever). Ehmm... This list includes Shania Twain, Taylor Swift, The Dixie Chicks, & Patsy Cline. Side note - of the eight male occupied spots, seven of those belong to Garth Brooks.

• Women between the ages of 18 to 49 years old are the lead demographic for country radio.

• Over half of the top 10 Country Songs as of 11.23.18 were written or co-written by WOMEN per Billboard (Also, FYI, that boy-anthem by Jason Aldean, "She's Country" ... co-written by a country GIRL.)

Keeping these stats in mind, it's hard to understand how women can actually be bad for business. I can only conclude that this "booking agent" believes that the local demographic of music lovers don't connect with female artists and as a result, shows with female-fronted bands are poorly supported. But again, I'm finding it hard to drink this koolaid. Women locally are kicking ass - winning awards, releasing albums, selling out shows. I can personally attest that I'm approached for CDs and contact information by 2-to-1 women to men, and my own social media artist page stats show a strong female demographic outweighing men in engagement. So what the actual fuck, then?

I believe that women in music are ill-promoted, both locally and on a global level. I also believe that the women musicians I've had the good fortune to come across are some of the most talented artists I've ever seen. Of course, these are only my beliefs. I haven't had the time needed in the past two days to fully gather enough stats to support my *educated* guess at what the problem is. You'll have accept my 20+ years in the music business as supportive evidence.

So, how do we change things? There's only one answer in my mind... we need more men.

Crazy, yes. Truth, absolutely. This is not just our responsibility, ladies. Frankly, increasing opportunity and equality in the music industry cannot be accomplished without men. Boys, I've seen too many of you post your opinion on equal rights enough to tell you to put your money where you mouth is. It's time to become the advocate in person that you are online. With venues. With promoters. With managers. With small town, big mouthed, biased booking agents. Time to dig deep. We need your voice to magnify ours. This must be a joint effort. Silence insinuates acceptance.

In an industry where women are the largest demographic, don't you think that women should be heard? As a female music consumer with a passion for country, I don't typically identify with the songs that (no offense) Jason Aldean and Luke Bryan sing. Why? BECAUSE I'M NOT A MAN. Give me a woman's perspective; some heartache, some strength, some tenderness, and some kick-you-in-the-balls animosity. THOSE are my anthems. Those are my stories. That is my tribe.

I can tell you this, I won't be stagnate. I won't sit around and wait for change. I don't expect to fulfill my part by writing a blog. I'll be using my influence to create change, from hosting an all female-led show to advocating for women vocally whenever the opportunity arises.

Truth is, women aren't bad for business. This business has been bad for women.

Shout out to all the wonderful female artists I can recall off the top of my head (please comment with those I've accidentally forgotten to mention):

Who Run The World?

I Just Got Told No... Again

Livin' The Good Life At Swabbies This Saturday! 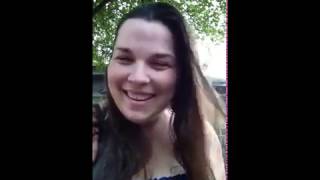